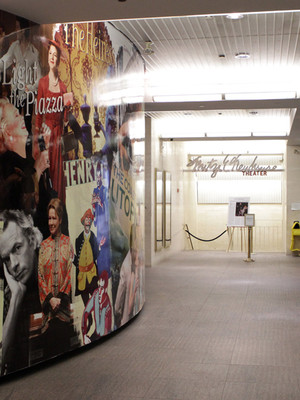 Mitzi E Newhouse Theater is part of the Lincoln Center for the Performing Arts complex.

The Mitzi E. Newhouse Theater is located in the Lincoln Center for the Performing Arts complex on the Upper West Side of Manhattan. It is New York City's only Broadway-class theater which is not located in the Theater District near Times Square. Originally known as the Forum, the venue was renamed the Mitzi E. Newhouse Theater in 1972 and hosts Off-Broadway plays and musicals.