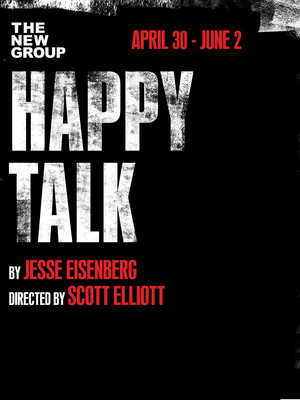 Eisenberg crafts characters and dialogue that will prove instantly accessible, and very funny

The New Group's dynamic 2018/19 season program comes to a rousing close with the world premiere of Hollywood heavyweight Jessie Eisenberg's Happy Talk (formerly Yea, Sister!) Eisenberg returns to work with the award-winning theater company and its creative director Scott Elliott after the critical success and West End transfer of his first ever play The Spoils, which he wrote and starred in during the New Group's 2014-15 season.

Susan Sarandon is set to star as Lorraine, alongside Marin Ireland as Ljuba.

What is Happy Talk about?

Happy Talk follows Lorraine, a pillar of the local community who's doing her best to keep her family (a depressed husband, angry daughter and terminal mother) from falling apart - all while starring as Bloody Mary in the Jewish Community Center's amdram production of South Pacific. To top that off, her mother's carer Ljuba asks her for help in finding a husband, a task she dutifully undertakes under the moniker of matchmaker. Amidst trying to save everyone around her, Lorraine may just be the one who needs help the most...

Very bad play with caricatures instead of fleshed-out characters ... There... more

Sound good to you? Share this page on social media and let your friends know about Happy Talk at Alice Griffin Jewel Box Theatre.