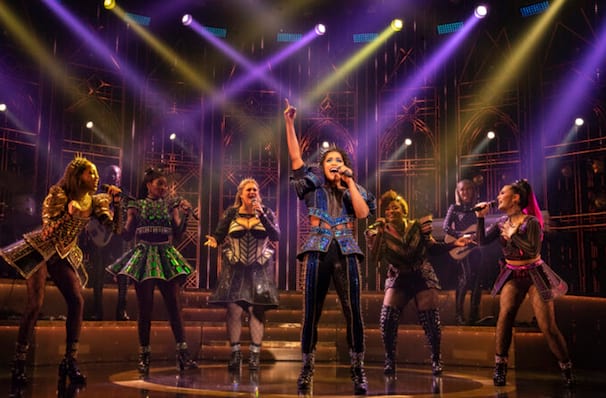 The shows we're excited about this season!

Christmas may be over but there's no need for the January blues with a host of exciting new productions landing in New York this season! From SIX to MEDEA check out our Top Winter Openings and secure your seats today!

The British sensation finally lands on Broadway this February! Creating quite the stir on social media SIX is the musical everyone is talking about. Written by Lucy Moss and Toby Marlowe SIX re-writes Tudor history and the terrible fates of the notorious King Henry VIII's six wives. Receiving rave reviews across the States on their national tour and garnering five Olivier Award nominations in the UK SIX is ready to take Broadway by storm!
BOOK TICKETS

Now in previews at the Broadway Theater

Leonard Bernstein, Stephen Sondheim, and Jerome Robbins' musical classic gets a modern makeover by director of the moment, Ivo van Hove! Join Maria and Tony once more as they traverse the course of forbidden love... BOOK TICKETS

Now in previews at the Brooklyn Academy of Music

Real-life power couple, and Hollywood heavyweights, Rose Byrne and Bobby Cannavale join forces on stage as they star in Simon Stone's stunning contemporary re-imagining of this great Greek Tragedy. Enjoying successful runs in Europe and London, Stone's adaptation uses the true crime story of Debora Green, who poisoned her philandering husband and killed two of her children in 1995, to translate the ancient Euripedes tale for modern audiences. BOOK TICKETS

My Name is Lucy Barton

Now in previews at the Samuel J. Friedman Theatre

Four-time Tony nominee and Hollywood favorite Laura Linney reprise her critically acclaimed role in the Broadway transfer of Rona Munroe's gorgeous stage adaptation of the Pulitzer-Prize winning novel of the same name. Originally written by Elizabeth Strout, this haunting and dramatic tale took the world by storm when it was published in 2016. Richard Eyre returns to direct the production. BOOK TICKETS

Performances begin on February 7 at the Belasco Theater

BOOK AHEAD FOR SPRING

Looking forward to the warmer months? Here's a sneak peek at what's coming to Broadway in the Spring!

WHO'S AFRAID OF VIRGINIA WOOLF (Booth Theater from March 3)

After taking London and the whole of the UK by storm over the last two years Toby Marlow and Lucy Moss' pop musical SIX is heading to Broadway in 2020. Re-writing Tudor history and the terrible fates of...more info