Sorry! You missed My Name Is Lucy Barton at Samuel J. Friedman Theatre 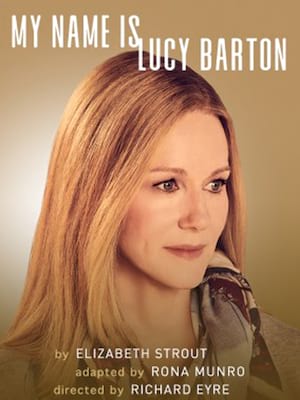 My Name Is Lucy Barton

Laura Linney as Lucy may be the most translucent figure now on a New York stage.

Why See My Name Is Lucy Barton?

Elizabeth Strout's debut short-novel took the world by storm in 2016. With its haunting and dramatic context, and told from the first-person narrative, My Name is Lucy Barton lends itself to a perfect one-man show.

What is My Name is Lucy Barton about?

Lucy Barton awakes after an operation to find her estranged mother at the bottom of her hospital bed. With memories of her desperate rural childhood and her subsequent escape to New York flooding back to her, Lucy Barton is on the cusp of her writing career but will the complexities of family life still cling onto her?

About 90 minutes, with no intermission

Seen My Name Is Lucy Barton? Loved it? Hated it?

Sound good to you? Share this page on social media and let your friends know about My Name Is Lucy Barton at Samuel J. Friedman Theatre.