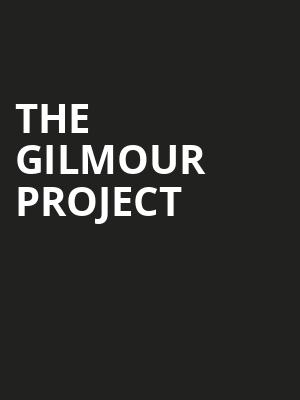 Why See The Gilmour Project?

50th anniversary of dark side of the moon

2022 is notable for many reasons, but for Pink Floyd fans, it marks the 50th Anniversary of the band's exalted masterpiece; The Dark Side of the Moon: A Piece for Assorted Lunatics, one of the most influential prog records of all time. The Gilmour Project understands this, and as such are setting out on a mammoth coast-to-coast tour, to bring the record to you live it in its entirety.

With a focus on David Gilmour's own contribution (but by no means disregarding the work of the rest of the band) expect an unforgettable evening that recreates the record's iconic January 1972 live debut in immaculate detail - down to Gilmour's own experimental improvisations.

Comprising of highly talented musicians including Jeff Pevar (guitar), Prairie Prince (drums), Kasim Sulton (bass), Mark Karan (guitar), and Scott Guberman (keyboards), The Gilmour Project is set to be one of the most detailed and respectful Pink Floyd experiences ever!

Seen The Gilmour Project? Loved it? Hated it?

Sound good to you? Share this page on social media and let your friends know about The Gilmour Project at Wellmont Theatre.