Sorry! You missed The Great Society at Vivian Beaumont Theater 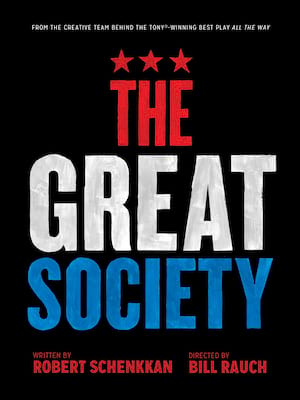 Why See The Great Society?

The Follow Up To The Tony Award Winning Play, All The Way

A companion to the 2014 Tony Award winning play All The Way, Broadway opens its doors and shines a light on the 36th President of the United States in Robert Schenkkan's sequel production, The Great Society. Bill Rauch, who directed All The Way, will return with the same passion in directing The Great Society.

Schenkkan's first piece depicted the 36th President's efforts on the Civil Rights Act in 1964, this upcoming limited engagement of The Great Society will play out the tumultuous events which led to the conclusion of Lyndon B. Johnson's Presidency.

What is the great society about?

Follow the triumph and downfall of Johnson's attempt to build a great society for all, and the landslide election which caused him to make the agonizing decision not to run for presidency three years later. Witness what happened in the era that changed America's history forever: the death of Martin Luther King Jr. and Robert F. Kennedy, the rise of the Civil Rights Movement, Vietnam, the creation of America's social programs and how Johnson was at the center of it all.

Two hours and 40 minutes, including intermission

It’s way too long, way too dreary and in the end, depressing and pointless.... more

Sound good to you? Share this page on social media and let your friends know about The Great Society at Vivian Beaumont Theater.