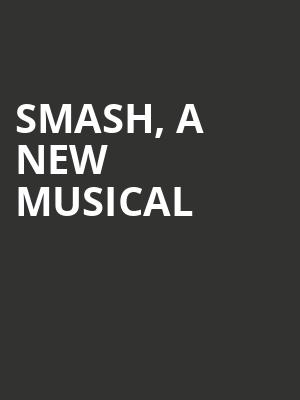 I am personally thrilled to be a part of this musical and its road to Broadway. Smash is near and dear to my heart, and it seems fitting that a new musical inspired by what we did on the show would eventually come to the stage

Why See Smash, A New Musical?

Hold onto your Playbills, a brand new musical is set to light up Broadway in 2021 and it's based on the cult hit series Smash! The brand new tuner reunites producers Steven Spielberg, Robert Greenblatt and Neil Meron, as well as the writing duo behind the TV show's razzle-dazzle numbers, Marc Shaiman and Scott Wittman. The pair's beloved songs garnered an Emmy nomination for the memorable tune "Let Me Be Your Star".

There's nothing more exciting in New York than a Broadway show on opening night. Other than the journey it takes to get there of course. Shining the spotlight on the drama happening behind the scenes, Smash follows the genesis of a new show based on the life of the Blonde Bombshell herself, Marilyn Monroe.

Seen Smash, A New Musical? Loved it? Hated it?

Sound good to you? Share this page on social media and let your friends know about Smash, A New Musical at Venue To Be Announced.