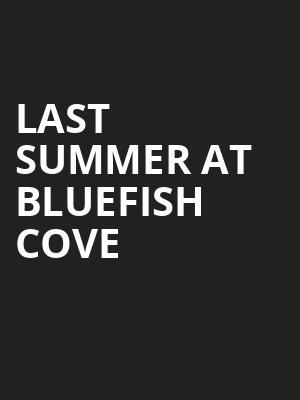 Emmy and Tony award-winner Cynthia Nixon heads back to Broadway this year as she directs Jane Chamber's landmark Lesbian-themed play, Last Summer at Bluefish Cove. With names like Ellen DeGeneres, Portia de Rossi, Lily Tomlin, Jane Wagner and Harriet Newman attached as producers this 40th-anniversary revival is the most anticipated production of 2020!

Debuting off-Broadway in 1980 Last Summer at Bluefish Cove stunned the general public and went onto enjoy a wildly successful two and a half year run in Los Angeles where is garnered seven Hollywood Drama-Logue Awards and numerous GLAAD awards.

With its themes of sexuality, friendship, love, and loss Last Summer at Bluefish Cove is one of the theatre canon's most iconic works, don't miss this hotly anticipated revival!

What is Last Summer at Bluefish Cove about?

It's the summer of 1980 and Lil Zalinksi and her group of gal-pals have made their annual trip to Bluefish Cove, a place where they can live and love freely. However, when Eva turns up, a straight woman seeking a holiday away from her husband, Lil's life, and holiday, is turned upside down.

Seen Last Summer At Bluefish Cove? Loved it? Hated it?

Sound good to you? Share this page on social media and let your friends know about Last Summer At Bluefish Cove at Venue To Be Announced.