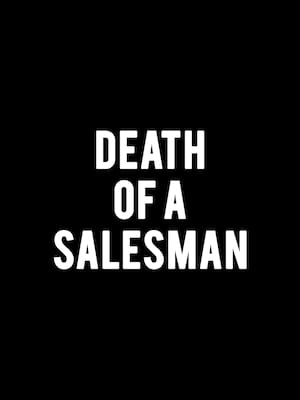 Death of a Salesman

Why See Death of a Salesman?

The rumors are true! The gods of the Great White Way are bestowing a historic new production of Arthur Miller's American epic Death Of A Salesman upon us mere mortals, and it will star none other than Broadway royalty Nathan Lane and Laurie Metcalfe. The hotly anticipated revival is set for a Spring 2021 run, which features Oscar-winning producer Scott Rudin and direction from two-time Tony-winning theatremaker Joe Mantello.

Returning to tread the boards after a recent critically acclaimed turn in both Broadway and West End productions of Angels In America, Nathan Lane has certainly made his mark on the entertainment industry in a variety of immortal stage and screen roles. Over the course of his stellar 45-year career, he has accrued three Tonys, six Drama Desk Awards, six Outer Critics Circle Awards, two Obies, an Olivier and the Lucille Lortel Award for his considerable efforts.

No stranger to award-winning performances herself, Laurie Metcalf most recently appeared on Broadway in whip-smart political thriller Hilary and Clinton, Mantello's Edward Albee revival Who's Afraid of Virginia Wolf, and Greta Gerwig's lauded coming of age film Ladybird. She has won three Prime Time Emmys, a Golden Globe, a BAFTA and a SAG Award to date.

What Is Death of A Salesman About?

Winner of seven Tony Awards and the Pulitzer Prize upon its 1949 Broadway debut, the powerful work takes place over the course of a single day and centers on the character of Willy Loman, an aging traveling salesman who battles against his growing insignificance by escaping into a world of fantasy. On his return from a business trip,  Loman becomes enraged to see his two sons Biff and Happy staying at the family home. In a series of flashbacks, the audience learns more about the Lomans and their intricate and sometimes secretive family life, charting highs and lows of a family on the edge of destruction and their doomed quest to fulfill the American Dream.

Seen Death of a Salesman? Loved it? Hated it?

Sound good to you? Share this page on social media and let your friends know about Death of a Salesman at Venue To Be Announced.