Sorry! You missed Be More Chill at The Pershing Square Signature Center 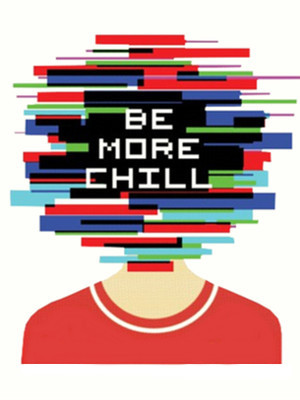 'Be More Chill' is a delight, a tale of social anxiety whose pop-rock score, written by Joe Iconis, is unfailingly lively and fresh.

Why See Be More Chill?

Book a head for Be More Chill's Broadway run!

The cult phenomenon Be More Chill is heading to NYC this summer in what is set to be one of the most anticipated runs in the last five years. Although from humble beginnings, Be More Chill has a vast and dedicated following.

After a month long run in New Jersey back in 2015, it seemed that the life span of Be More Chill was going to be short lived. Little did the creators know that three years later the original cast recording would have over 100 million streams in the USA alone and a fan base willing to fly from Europe to see songwriter, Joe Iconis and co-star, George Salazar perform at a cabaret performance at Feinstein's/54 Below.

What is Be More Chill about?

Based on the 2004 novel by Ned Vizzini, Be More Chill tells the story of school loser Jeremy Heere as he strives to become one of the popular kids, by ingesting a pill-sized computer that instructs him in the ways of 'cool'.

quirky and fun and leaves you with a great life lesson

As life becomes more frantic and our online connections infinite, it's a no-brainer we have a rise in anxiety levels among the youth, an increase in online bullying, and a never-ending obsession to try the "next best thing".

Everything about this musical was amazing! The impressive cast, the catchy... more

It was so good!!!! I love everything about it!!!not the best for children,... more

Sound good to you? Share this page on social media and let your friends know about Be More Chill at The Pershing Square Signature Center.