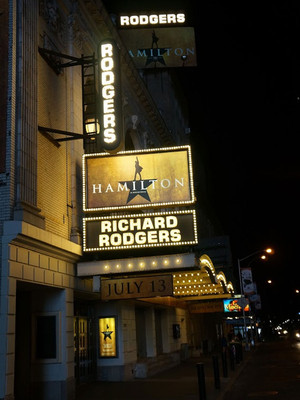 The Richard Rodgers Theatre first opened its doors in 1925 under its original name, the 46th Street Theatre. When the Nederlander Organisation purchased and refurbished the theatre in 1990, they renamed it after Mr. Rodgers, the prolific composer who enthralled audiences with his work for stage, film and song. He was also the winner of an Emmy, a Tony, an Oscar and a Grammy in his lifetime. The theatre itself seems to reflect the prestige and prowess of its namesake, for it currently holds the honour of housing the most Tony Award-winning productions of all time, a whopping ten in all!