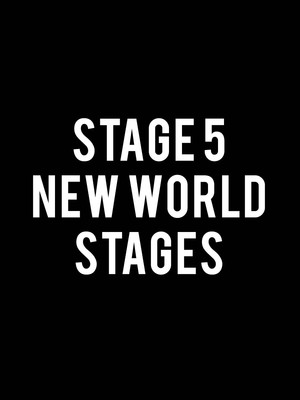 New World Stages is a performing arts center, with five theaters used mainly for Off-Broadway productions. Stage 5 is the smallest theater at New World Stages, with 199 seats arranged around almost the entire stage, creating a very intimate atmosphere. Since November 2014, the venue has been owned and operated by The Shubert Organization.