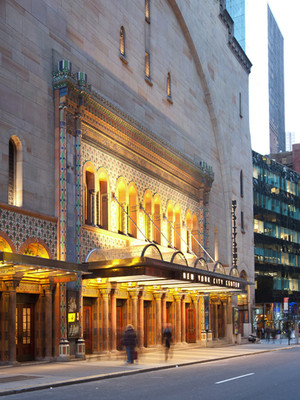 Originally home to an order of Mecca Shriners, The New York City Center became city property in 1940 and was converted into a performing arts center. Underneath its unmistakable Moorish revival dome, the center houses a number of resident companies and is one of the city's most vibrant hubs of off-Broadway musicals, dance and theater.