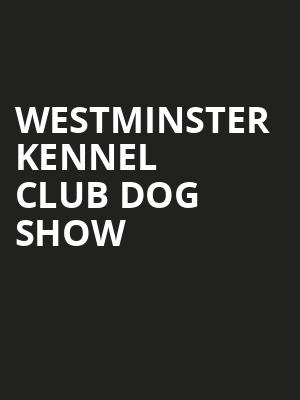 Who is your favorite to win?

The annual Westminster Kennel Club Dog Show returns to Madison Square Garden for its 146th year, displaying the very best in canine talent from across the country.

The Westminster Kennel Club was established in 1877, making it America's oldest organization dedicated to the sport of purebred dogs. Competing in (and winning) the show is an illustrious honor for pedigree owners throughout the world.

Officially America's second-oldest sporting event after the Kentucky Derby, The Westminster Kennel Club Dog Show was first held all the way back in 1877 as a contest for gun dogs and has expanded into the world-class event we know today, now hosting many breeds and contests such as Best In Group and Best in Show.

Don't miss the action in this historic year!

Sound good to you? Share this page on social media and let your friends know about Westminster Kennel Club Dog Show at Madison Square Garden.