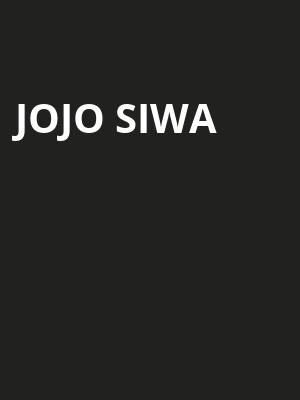 Calling all Siwanatorz! The all-dancing, all-singing, bow-wearing whirlwind that is JoJo Siwa is stepping out from the screen and onto the stage during the D.R.E.A.M Tour, named after her recent upbeat and optimistic single D.R.E.A.M. The certified platinum pint-sized pop star first caught the nation's attention when she strutted her stuff on popular Lifetime reality show Dance Moms in 2015, simultaneously breaking into the music industry with her smash hit single Boomerang and becoming a Nickelodeon regular with her very own animated series.

Known for her bubbly personality, confidence and kindness to her fans, JoJo makes a great role model for the younger generations. Since she first made a name for herself as a dancer, her tour isn't only about singing her brand new material live, but is sure to be jam packed with high energy dance routines and a few light hearted comedy moments that match her effervescent public persona. Expect girl power, glitter and all the colors of the rainbow at this spectacular teen-friendly concert.

I took my granddaughter and 3 nieces they had a great time. Jojo was kept... more

Took my 10 year old daughter and her friend to see JoJo Siwa at McCaw Hall... more

Sound good to you? Share this page on social media and let your friends know about Jojo Siwa at Madison Square Garden.