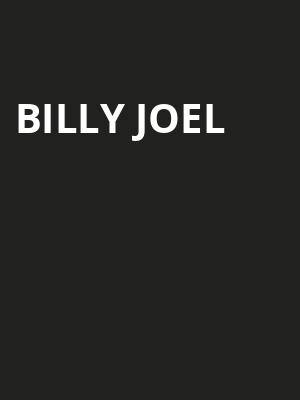 Billy Joel can keep packing this legendary room every month for as long as he wants.

Billy Joel back at the Maddison Square Gardens

Billy Joel defines consummate pop professionalism to a T. From start to finish, Joel is known for providing a reliably buoyant, bounding performance at his gigs, and is eager to thrill his adoring audience with upbeat renditions of his old favorites.

For the last few years he has been taking to his hometown's most iconic venues for an on-going series of monthly concerts. This highly unusual franchise arrangement, which is usually limited to sports teams, make Billy Joel the fourth franchise and longest running at Madison Square Garden - and their first ever music franchise!

Billy Joel is one of the highest grossing touring artists in the world, and has performed over 46 concerts at Madison Square Garden to date. Having sold more than 150 million records over the past quarter century, he's ranked as one of the world's most popular recording artists and respected entertainers in history.

Sound good to you? Share this page on social media and let your friends know about Billy Joel at Madison Square Garden.