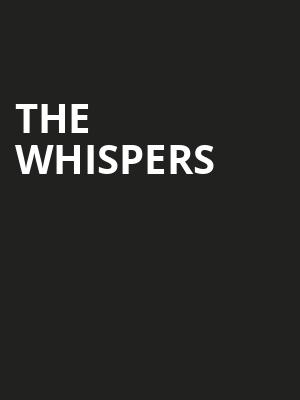 Enjoy an evening of soulful R&B with The Whispers!

Why See The Whispers?

An Evening With The Whispers!

If a soulful evening of entertainment, where you can sit back and enjoy some of the hottest R&B old-school hits is what you're after then this event is the place to be! American group The Whispers are inviting you to relive the greatest years.

Expect to hear some of their greatest hits including, 'Rock Steady', 'And The Beat Goes On' and 'Keep On Lovin Me'. So make sure you don't miss out on this night of perfect nostalgia!

Throughout The Whispers incredible career they have garnered awards including winners of the Rhythm and Blues Foundation's prestigious pioneer award in 2008, and in 2003 the group were inducted into the Vocal Group Hall of Fame.

Sound good to you? Share this page on social media and let your friends know about The Whispers at Lehman Performing Arts Center.