Sorry! You missed Hillary and Clinton at John Golden Theater 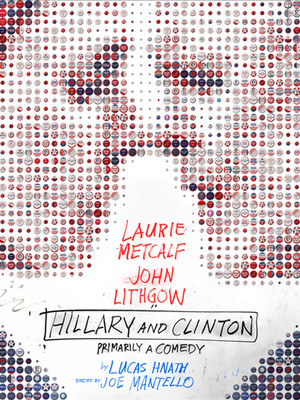 Hillary and Clinton strips its protagonist down to her most ordinary self. And it invites us to look at her with the easy familiarity with which we might regard someone living next door, or in our own family.

Why See Hillary and Clinton?

LAURIE METCALF RECEIVES 2019 TONY NOMINATION FOR BEST PERFORMANCE BY AN ACTRESS IN A LEADING ROLE IN A PLAY.

Lucas Hnath's (A Doll's House Part 2) 2016 hit, Hillary and Clinton is heading to Broadway in the Spring with two acting heavyweights leading the way as the political couple. John Lithgow returns to Broadway to take on former President Bill Clinton with Laurie Metcalf, hot off the back of Three Tall Women and recently received a 2019 Tony Award nomination for her role in this play, portraying 2016 presidential candidate Hillary.

Diving into the politics of marriage and gender roles, Hillary and Clinton takes us back to 2008 with Hillary at odds with husband Bill and her campaign manager Mark as they try to salvage her bid for the 2008 Presidential election.

First premiering in Chicago in 2016, the production went onto play in Philadelphia, Richmond and Dallas. In this timely production Hnath looks deeper into a political dynasty on the brink of destruction. With a loss to republican candidate and scandals plaguing both sides of the marriage, don't miss out on your chance to look beneath the surface of one of America's most famous power couples.

Seen Hillary and Clinton? Loved it? Hated it?

Sound good to you? Share this page on social media and let your friends know about Hillary and Clinton at John Golden Theater.