Sorry! You missed Burn This at Hudson Theatre

You are viewing a past performance of Burn This

You can catch Burn This at the Venue To Be Announced, showing Open Run 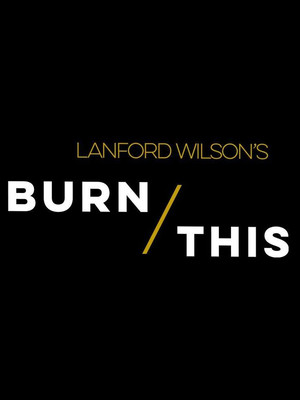 'Burn This,' directed by Michael Mayer and co-starring Keri Russell, he [Adam Driver] is finally allowed to unfurl onstage the distinctive energy and insight that have characterized his subsequent performances in film...and television

Why See Burn This?

BURN THIS RECEIVES THREE TONY AWARD NOMINATIONS INCLUDING BEST REVIVAL OF A PLAY!

Landford Wilson's Burn This returns to Broadway after more than 30 years and earns a Tony Award nomination for Best Revival of a Play in the process, with Kylo Ren himself Adam Driver (Star Wars: The Last Jedi, Logan Lucky) also earning himself a nomination and leading the cast. Alongside him stars accomplished actress Keri Russell, most recently of the hit TV series The Americans.

Dealing frankly with sexuality and grief, the searching Burn This is set in the aftermath of a boating accident which took the lives of gay lovers Robbie and Dom. It's a tragedy which forces the couples' friends and families to all take stock of their lives, and re-consider the strength of their relationships.

The play originally premiered on Broadway in 1987, with a cast that included John Malkovich and Joan Allen, the latter of whom earned a Tony Award for her performance. This first ever Broadway revival is directed by Tony winner Michael Mayer (Spring Awakening, Hedwig and the Angry Inch).

What is Burn This About?

Written during the height of the AIDS epidemic, Burn This examines the pain of mourning and how a terrible tragedy can re-shape the lives of all those around it. Robbie and Dom, a young gay couple, have been killed in a boating accident, and following the funeral, a collection of friends and family members gather at Robbie's loft. Among them are Robbie's former roomate Anna, a sensitive soul lumbered with a rather placid boyfriend, and Robbie's drug-addicted brother Pale, a go-getting restaurateur who was conflicted over Robbie's sexuality.

With a undeniable sexual attraction pulsing between them, and a well of grief in both of their hearts that they can't express, Anna and Pale are drawn together, but can the romance move beyond mutual consolation into something more meaningful?

Gage Skidmore Used under Creative Commons License. The exact dates for this production are yet to be announced.

Burn This ticks ALL the boxes. I would see it again, and again!

Burn This ticks ALL the boxes. I would see it again, and again! Michael Mayer's direction is flawless, the performances are superb, and the set is fantastic.

I thought Burn This was hilarious. I wasn’t expecting a comedy at all.... more

Uranowitz playing Larry was a riot and there were a couple visual gags... more

Sound good to you? Share this page on social media and let your friends know about Burn This at Hudson Theatre.