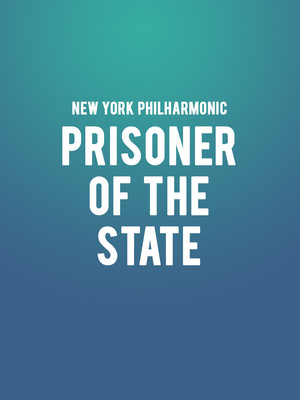 In the bright morning of life My liberty, alas! was lost: These chains are the reward Of true and open speaking.

Why See New York Philharmonic - prisoner of the state?

Mozart's damning critique of tyranny and liberty receives a modern update from Pulitzer Prize winner David Lang, to be fully staged by the New York Philharmonic in a brand new production to close the 2018/19 season. With Julie Mathevet, Alan Oke, Jarrett Ott and Eric Owens lending their talents, it looks as if this exciting undertaking will be a must-see for fans of the company and their innovative approach.

Thought to mirror the political climate in Mozart's world at the time, the 1804 opera manages to echo through history, with its themes of heroism, sacrifice and secret political prisoners under a despotic leader ringing just as clear for our times too.

How much longer will this misery last? The story of Fidelio

Florestan sits in a jail cell, lamenting his current state. Imprisoned when he attempted to uncover the unsavory political machinations of the prison governor Don Pizarro, no one knows he is here, save his wife Lenore.

Afraid for her husband, Leonore takes a job as an underling to the jailer Rocco, creating a new identity as a boy under the name Fidelio. Whilst she toils for two years in his service, Don Pizarro decides to murder his detainee in secret, bidding Rocco and Fidelio begin to dig a grave for Florestan. Finally seeing his wretched character after so long, 'Fidelio' hatches a plan for his rescue, aided by the kindly Minister of Justice, Don Fernando, who just happens to be on a visit to the dungeons.

Courage, fidelity, love and resolution abound as Leonore and Florestan are reunited and corruption cast out in this soaring masterpiece.

Seen New York Philharmonic - prisoner of the state? Loved it? Hated it?

Sound good to you? Share this page on social media and let your friends know about New York Philharmonic - prisoner of the state at David Geffen Hall at Lincoln Center.