Sorry! You missed Beethoven and Schubert at David Geffen Hall at Lincoln Center 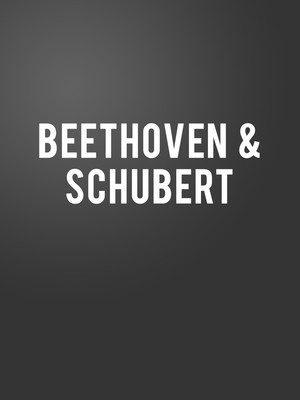 Pieces by the legendary composers, Beethoven and Schubert.

Why See Beethoven and Schubert?

An Evening With Masters of Music

Ivan Fischer, director of a number of successful opera productions, proudly conducts the New York Philharmonic at the David Geffen Hall in an event which will enlighten the audience with three classically sublime pieces by the great Beethoven and legendary Schubert.

Schubert: Symphony No. 5
A youthful piece of light instrumentation

Schubert/Orch. Reinecke: The Shepherd on the Rock
featuring soprano Miah Persson, who is taking on the role of a young alpine shepherd. The original was a request by Schubert's friend, who asked for a showpiece that would allow her to express a wide range of feelings.

Beethoven: Symphony No. 4
A sunny and cheerful light instrumentation which recalls symphonies of Joseph Haydn, whom Beethoven had studied a decade before. It was described by Berlioz as 'an angel singing at the gates of paradise'.

Seen Beethoven and Schubert? Loved it? Hated it?

Sound good to you? Share this page on social media and let your friends know about Beethoven and Schubert at David Geffen Hall at Lincoln Center.