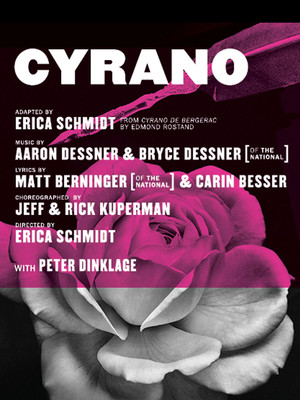 But whether he's [Dinklage] singing or sighing, being fearless in battle or fearful in love, his Cyrano remains captivating,

A musical adaptation of Edmond Rostand's colorful play detailing the life of the famed libertine, poet, and soldier, this brand new production features all new music and lyrics from Grammy-winning alt-rockers The National and Carin Besser. Whilst this is far from the first adaptation of the play that was said to keep the audience clapping on their feet for a full hour after its first appearance, it certainly looks like it will be a winner this fall!

TURN TO FACTS MY FANTASIES - THE STORY OF CYRANO

The ultimate ode to unrequited love, Cyrano De Bergerac is a famed and talented soldier in the French Army who moonlights as a passionate poet. In love with the intellectual beauty Roxanne, he agrees to write to her as another - Christian her beloved. As time goes on the task proves too much for the entranced Cyrano, taxing him to find his courage and confess to being the author of the letters that have bewitched her. Romantic, expressive and a pean to bravery and self-confidence, don't miss the chance to let classic woo you all over again.

2 hours and 10 minutes with one intermission

We wanted to love this classic love story with Mr. Dinklage. We didn't... more

Sound good to you? Share this page on social media and let your friends know about Cyrano at Daryl Roth Theater.