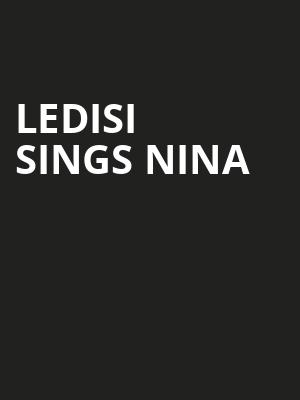 A match made in heaven

Grammy awarding winning artist Ledisi takes to the storied stage of Carnegie Hall for this extra special tribute to one of the 20th century's most iconic artists and activists; Nina Simone. As evidenced by her Grammy-nominated 2021 record Ledisi sings Nina, Ledisi is no stranger to Miss Simone's evocative back catalog, with the New York Times declaring the album encompasses "both the diversity and depth of Simone's musicianship, and the breathtaking range and reach of Ledisi's own voice".

Expect some of Simone's biggest and most moving hits, including 'Feeling Good','Mississpi Goddamn', 'To be Young Gifted and Black' and many more in this exciting concert.

Sound good to you? Share this page on social media and let your friends know about Ledisi Sings Nina at Isaac Stern Auditorium.