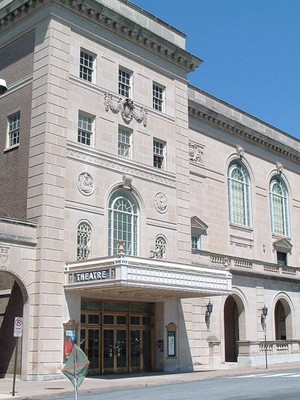 Anastasia is also touring to: 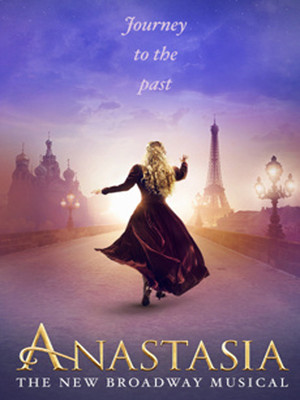 A SERIOUS HIT! Broadway's got a bright new star - its name is Anastasia.

A starry creative team brings the magical story of Anastasia to Broadway for the first time. Inspired by the 20th Century Fox animation from 1997, this show imagines the life of Grand Duchess Anastasia if she escaped the execution of the rest of her family in 1918, and follows her journey of self-discovery and tentative romance with charming con man Dmitry. It's a blockbuster adventure bursting with heart, set against the historical backdrop of the Russian Revolution.

Coming to The Great White Way following a Hartford tryout, this enchanting new show features a mix of songs from the movie, including the Oscar-nominated 'Journey to the Past', as well as original compositions. In the director's chair is Darko Tresnjack, who won a Tony for his work on the smash hit A Gentleman's Guide to Love & Murder. Anastasia also reunites the team behind the four times Tony-winning musical Ragtime, with Terrence McNally providing the book and Stephen Flaherty and Lynn Ahrens scoring.

What is Anastasia About?

Anya is a plucky 18-year-old living in a rural Russian orphanage, with no memory of her true identity. One day she is spotted by rogueish conman Dmitry, who noticing her likeness to the missing Romanov Princess, concocts a plan to pass her off as the real Anastasia to Empress Marie, who has offered a reward for her return. As they embark on their journey, a romance begins to blossom between the pair, and memories of Anastasia's past life come back to her. But her reappearance has also causes shockwaves throughout Europe as the new ruling party of Russia attempt to uncover the truth through their own brutal methods.

Up until conclusive DNA tests confirmed her death, Anastasia's purported survival was one of the great mysteries of the 20th Century. Over the years, many women came forward claiming to be the missing Grand Duchess, including Anna Anderson, who was engaged in a 40-year legal battle to try and prove her identity.

May be inappropriate for ages 7 and under. Children under the age of 4 are not permitted in the theatre.

Two hours and 30 minutes, including one intermission

Anastasia leaves you with a profound message - you will never be recognized if you cannot recognize yourself and where you are from.

Meghan Markle isn't the only American who gets to be a princess - Christy Altomare has been playing the part since March 2017. Now of course, Altomare plays Anastasia, the Grand Duchess of Russia in the stage adaptation of the hit film, but nonetheless,

I saw it over the summer and I was blown away. Christy Altomare sounds... more

Sound good to you? Share this page on social media and let your friends know about Anastasia at Broadhurst Theater.