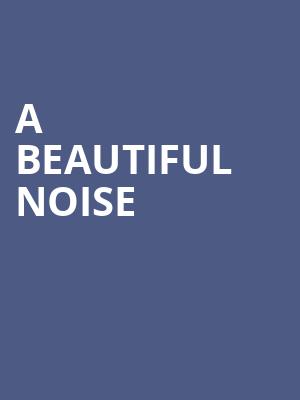 Images are copyright of the official production company

Why See A Beautiful Noise?

Good times never seemed so good, especially with a Neil Diamond musical heading to Broadway! A Beautiful Noise is a brand new production about the Grammy Award-winning legend Neil Diamond's life. Tony Award-winning 'Once on This Island' producer Kev Davenport will join forces with Four Season's Bob Gaudio in producing this new musical. You'll experience a journey through Diamond's life with some of his memorable hits including 'Love on the Rocks', 'Songs Sung Blue' and of course 'Sweet Caroline' to keep your feet tapping along the way. It'll be an experience like no other!

Born in 1941, American singer-songwriter and actor Neil Diamond received his first guitar when he was 16. Three years later he began his career by writing his own music. His first recording contract was 'Neil and Jack' which was a duet with his high-school friend Jack Packer which led to unsuccessful singles including 'What Will I Do' and 'I'm Afraid'. 10 years later his sound mellowed after he moved to Los Angeles and the iconic track 'Sweet Caroline' was born.

Two hours and 15 minutes, including one intermission

Sound good to you? Share this page on social media and let your friends know about A Beautiful Noise at Broadhurst Theater.