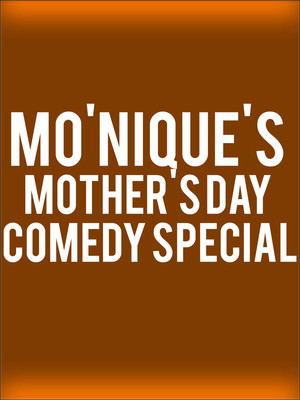 For this special appearance, the Oscar winner returns to the legendary Apollo Theater, where she made history as the first female host of Showtime at the Apollo.

Comedian and actress Mo'Nique hosts a special show dedicated to moms this mother's day at New York's Apollo. Mo'Nique will be joined by fellow comedian and radio personality Tone-X.

The actress first made screen appearances in 'Phat Girlz' in 2006 and 'Welcome Home Roscoe Jenkins' in 2008. Most notably, she starred in 2009's Oscar nominated 'Precious,' where the actress excelled in her supporting role. Mo'Nique has also created and produced the comedy television shows 'Mo'Nique's F.A.T. Chance' and 'The Mo'Nique Show.'

After being the first female to host NBC's 'Showtime at the Apollo,' Mo'Nique returns to the Apollo stage for a night full of laughs.

Sound good to you? Share this page on social media and let your friends know about Mo'Nique's Mother's Day Comedy Special at Apollo Theater.