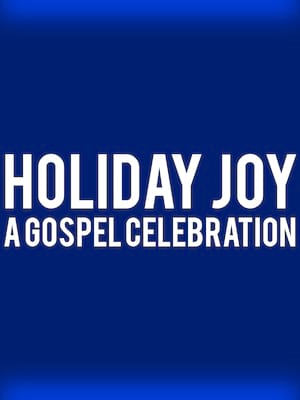 Joyful, uplifting, inspiring, affirmative, exuberant, playful, and universal in its appeal and intention that is the music of Yolanda Adams.

Celebrate the Holidays with a Night of Magical Gospel Music

Yolanda Adams is widely recognized as the best voice in modern gospel music. The singer was named the number one gospel artist of the last decade in 2009 by Billboard. She has sold around 4.5 million albums in the U.S alone and almost 8 million across the world.

Sound good to you? Share this page on social media and let your friends know about Holiday Joy - A Gospel Celebration at Apollo Theater.