You can catch Cynthia Erivo at Boettcher Concert Hall in Denver, showing Feb 15, 2020

Cynthia Erivo is also touring to: 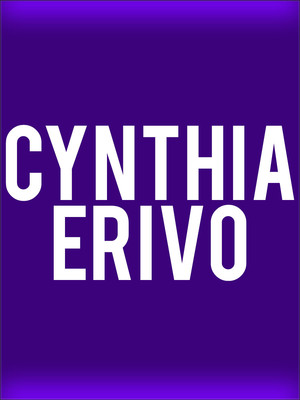 The performance was an eclectic mix of jazz, blues, pop, and yes, a bit of Broadway thrown in. As Erivo herself laughed after dropping a stunning rendition of her breakout song from "The Color Purple," "I'm Here."

Tony and Grammy award winning Cynthia Erivo brings you a night of performances not to be missed. The British singer, actress and songwriter, who is best known for her performance as Celie in Broadway's rival of The Color Purple, is heading out and visiting cities across America, and bringing her sensational talent with her.

Cynthia gained wide acclaim for her role in the 2015 Broadway rendition of 1985 film 'The Color Purple.' Her role as Celie in the musical earnt her a Tony Award for Best Actress and a Grammy Award for Best Musical Theater Album.

Sound good to you? Share this page on social media and let your friends know about Cynthia Erivo at Apollo Theater.