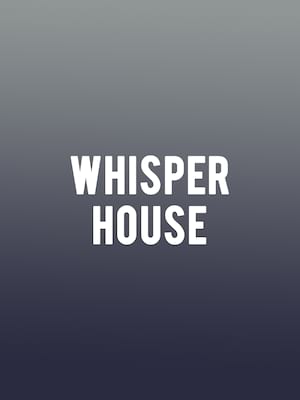 This captivating, grimly rollicking house is well worth a visit. It deserves to be a great big hit.

From the minds of two-time Tony Award-winning composer Duncan Sheik (Spring Awakening) and Tony nominee Kyle Jarrow (Spongebob Square Pants) comes the long awaited Off-Broadway premiere of Whisper House. Based on Sheik's 2009 album of the same name, the unconventional chamber musical has enjoyed critically acclaimed San Diego and London runs, and now makes its bid for the Big Apple with direction from Steve Cosson, the artistic director of investigative theatre company The Civilians.

A touching and beautiful story about how we should embrace, rather than fear, the unknown, Whisper House is set in a lighthouse situated off the isolated coast of Maine during the height of World War II. It follows youngster Christopher, who is sent to live with his aunt Lily, a woman he has never met before. He also makes the acquaintance of Yasuhiro, the Japanese man who works for Lily. Bolstered by a melodic rock score, Christopher's story picks up pace when he begins to her strange music through the walls.

Sound good to you? Share this page on social media and let your friends know about Whisper House at 59E59 Theater.