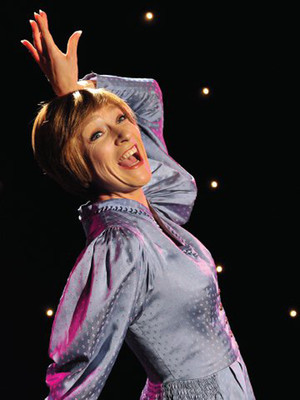 My cheeks hurt with smiling.

Julie Andrews was a music hall favourite during her childhood, an actress, a dancer and a singer with one of the most incredible voices (four octaves) of any living entertainer. But, in 1953 when she was 20 years old, she took the role of a 1920s flapper in Sandy Wilson's The Boy Friend, and it was that role that saw her first perform on Broadway.

She blew audiences away with her portrayal of Eliza Doolittle in the 1956 Broadway hit My Fair Lady, took the title role of Rodgers & Hammerstein's musical adaptation of Cinderella and, in 1964 made her first movie - Mary Poppins, for which she won an Oscar. A year later, she starred as Maria in the Sound of Music and became America's English sweetheart.

In Julie Madly Deeply, West End actress and award-winning singer, Sarah-Louise Young, takes a look at Dame Julie's fame and fandom weaving anecdotes from her life amongst some of her best loved songs from Mary Poppins, The Sound of Music, My Fair Lady and more.

Funny and honest, it pays homage to a true showbiz icon.

Sound good to you? Share this page on social media and let your friends know about Julie Madly Deeply at 59E59 Theater.