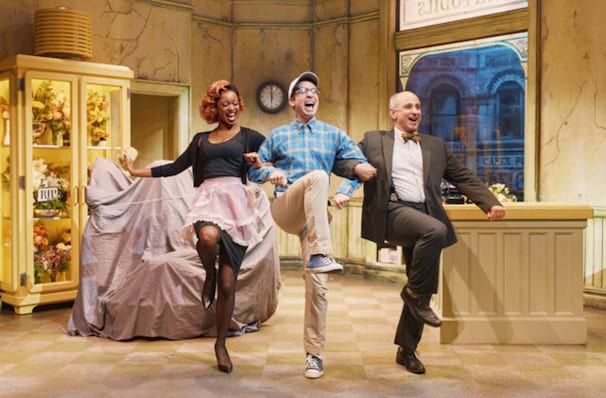 Currently playing at the Westside Theater.

Audrey II will be on the hunt of blood for even longer as Little Shop of Horrors extends its off-Broadway run through to March 8, 2020! The production, which opened to rave reviews in October, was originally extended through to January 20.

Gideon Glick, who stepped into the role of Seymour when current star Jonathan Groff took a scheduled break earlier in November, will take over the role full time from January 21.

With music by Alan Menken and book and lyrics by Howard Ashman this off-Broadway revival of the pairs hit 80s musical is directed by Michael Mayer and choreographed by Ellenore Scott.

Little Shop of Horrors is now playing Upstairs at the Westside Theater through to March 8, 2020.