Drew Gehling Heads Back To The Diner

Original Waitress star Drew Gehling returns to the Broadway production as the quirky Dr. Pomatter from 30 October! Gehling originated the role when the production opened at the Brooks Atkinson Theater in 2016.

Gehling takes over from current Dr. Pomatter, Mark Evans, and will then stay with the production until it closes on January 5, 2020.

Gehling joins a cast made up of Jordin Sparks as Jenna, Natasha Yvette Williams as Becky, Caitlin Houlahan as Dawn and Ben Thompson as Earl.

After opening on April 24 in 2016 Waitress will take its final bow at the Brooks Atkinson Theatre on January 5 after three years on Broadway.

What is Waitress about?

Suffocated by both the small Southern town where she lives, and her controlling husband Earl, Jenna longs for escape. Her only solace comes from working in the local diner, where she can practice her passion for baking. Jenna's crumbly pastries and crinkly crusts are renowned the town over, and by a stroke of luck, they might just offer her an escape route! A pie-making contest is announced in a nearby town, with a potentially life-changing cash prize for first place. Jenna realizes this may be a once in a lifetime opportunity and is determined to grab it with both hands!

Waitress is now playing at the Brooks Atkinson Theatre through to January 5. 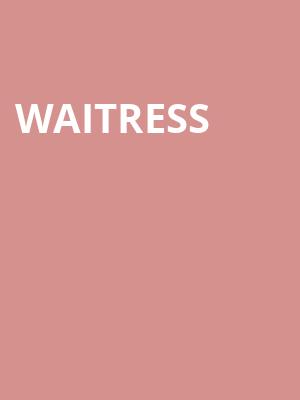 Sara Bareilles has written a charming score that suits the quirky material.