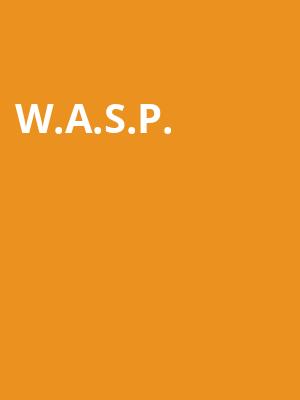 After a 10 year absence from US shores, eighties metal shockers W.A.S.P are back and ready to electrify venues on this mammoth trek in support of the group's 40th anniversary. Known for courting controversy both on stage and off, prepare for a night you'll never forget as W.A.S.P. get ready to sting once more!

Led by Blackie Lawless, the group's lineup now includes bassist Mike Duda, guitarist Doug Blair, and newcomer Aquiles Priester, who joined in 2017. Though their last record appeared in 2015, these new shows are sure to drum up some inspiration - keep an ear out!

Sound good to you? Share this page on social media and let your friends know about W.A.S.P. at Wellmont Theatre.