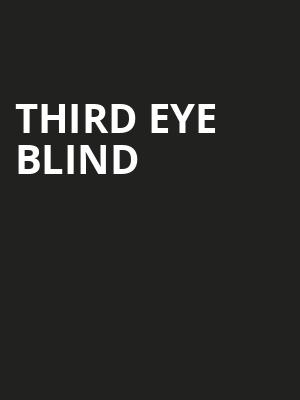 Five albums and 18 years down the road from "Semi-Charmed Life," Third Eye Blind frontman Stephan Jenkins still rocks the same springy sing-rap, and he's still got a knack for spinning sunshine out of moody tunes

San Franciscan rockers Third Eye Blind burst out of the 90s in a whirlwind of certified-platinum success and singles ranking in the Top 10 of the US Billboard Hot 100, in fact the 1997 debut single Semi-Charmed Life was a veritable anthem of the late 90s/early 2000.

Third Eye Blind have enjoyed the lasting success of a legacy band. With legions of fans that have stuck with them since the beginning, as well as their penchant for writing infectious hooks and rhythmic melodies, the quintet has certainly solidified their status as pop-rock royalty. Don't miss this high-energy celebration of a stellar career!

What an incredible show! I have been a fan of Third Eye Blind for years... more

Third Eye Blind at Red Rocks last night was a concert to be remembered!... more

Sound good to you? Share this page on social media and let your friends know about Third Eye Blind at Wellmont Theatre.