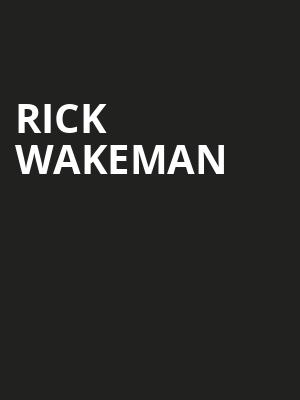 The ever delightful Rick Wakeman returns to North America!

Keyboard Wizard Rick Wakeman will return to North America in 2021 on the delightfully titled 'The Even Grumpier Old Rock Star Tour'. Known for his incredible talents, sense of humor and multitudinous back catalog, expect to hear some of his best-known hits from both his solo career and his collaborations with Yes, Bowie and more amongst musings and hilarious tales from his 50 plus years in the music industry!

Finding notoriety as a session musician in the late sixties, Wakeman played for everyone including Bowie, Elton John, and Cat Stevens. In '71 he became part of Prog rock titans Yes, and still plays with the guys around the world today. In addition to his musicianship, Wakeman has evolved into a well-loved television presenter and author, with his bawdy British wit endearing him to audiences on both sides of the Atlantic! Don't miss your chance to enjoy an evening in the company of this living legend.

Sound good to you? Share this page on social media and let your friends know about Rick Wakeman at Wellmont Theatre.