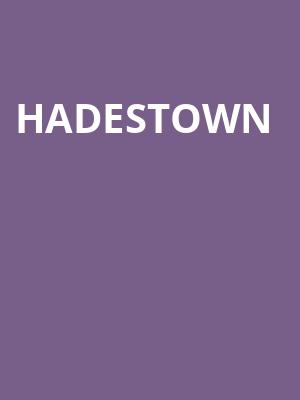 After a critically acclaimed Off-Broadway run at the New York Theater Workshop in the Summer of 2016, the dazzlingly inventive folk opera Hadestown has now found a permanent home on the main stem. The brainchild of celebrated indie-folk singer-songwriter Anais Mitchell and Tony-nominated experimental theatre director Rachel Chavkin, who helmed smash-hit 'Natasha, Pierre and the Great Comet of 1812', the musical fuses elements of Greek myth with Mitchell's emotionally-charged concept album of the same name.

Praised for its soaring imagination and updated retelling of the classic ill-fated story of Orpheus and Eurydice, a popular subject for multiple compositions and retellings over the years, Hadestown is blessed with a groundbreaking creative license that keeps things fresh and very interesting, influencing a steadily-growing cult following of fervent fans since its debut. It's an indie-flavored fusion of New Orleans trad jazz and folk Americana, as well as an otherworldly setting and poetic lyrics/dialogue, immerse the audience in a realm where innovative theatre design, music, and storytelling blend seamlessly with stunning, genre-defining results.

What Is Hadestown About?

This new musical transports the action from ancient Greece to an eclectic setting akin to the buzzing New Orleans scene. Hadestown weaves together the opposing forces of nature and industry, faith and doubt, and love and death to tell the story of the guitar-toting Orpheus and his great love Eurydice as they battle the harsh landscape of Hadestown, an industrial underworld of trouble and toil that makes for a better choice than the winter-ravaged landscape above. Lured by the promise of food and shelter, Eurydice is kidnapped by Hades, a foreman-like figure who rules the mechanicals below. Orpheus sets out to save his wife, setting off a chain reaction of unrest, riot, and chaos in his fateful wake.

The narrative is truly breathtaking, a classic tale in a contemporary setting and the music will travel beyond Broadway

Born at the New York Theatre Workshop, celebrated singer-songwriter Anais Mitchell and the brilliant Rachel Chavkin have created in Hadestown a production that sheds light on the imbalance of freedom and the power of fear.

Dan: “Finally, someone to challenge the genius of Sondheim”

Sound good to you? Share this page on social media and let your friends know about Hadestown at Walter Kerr Theater.