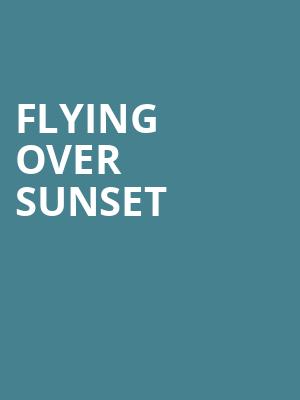 Why See Flying Over Sunset?

The World Premiere Of Flying over sunset

Offering up a vibrant portrait of three influential icons of the 1950s, Flying Over Sunset is anything but a dry historical drama. Adding a dash of the unorthodox to the Broadway season, the all-new production wings its way to the Lincoln Center returns in the fall of 2020, and its central subject matter is lysergic acid diethylamide AKA LSD, the psychedelic drug often used as a muse by some of the world's most celebrated creatives.

What is Flying Over Sunset About?

Inspired by real events, the surreal fictional musical is set in the 1950s, roughly two decades after LSD was discovered by Swiss chemist Alfred Hofman and used to treat mental illnesses and expand consciousnesses. In the play's first half, it follows the separate interactions with the drug by Booth Luce, Grant and Huxley and the second half finds them at a crossroads where they use the hallucinogenic together, facing the mysteries and complexities of their extraordinary lives.

Woke up humming the title song, a sure sign of the show's impact. Wildly... more

We saw the Wed preview and were absolutely blown away. The music is so... more

Sound good to you? Share this page on social media and let your friends know about Flying Over Sunset at Vivian Beaumont Theater.