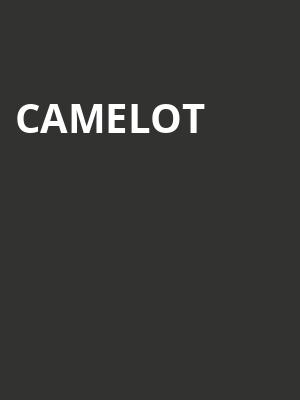 Photo by Jonathan Kemper on Unsplash

Don't let it be forgot, that once there was a spot, for one brief shining moment, that was known as Camelot!

The Golden Age of the musical is once more to be revived in this new production of Lerner and Lowe's beloved hit Camelot starring Hamilton's Phillipa Soo as Guenevere, The Inheritance's Andrew Burnap as Arthur and Jordan Danica as Lancelot Du Lac. Directed by Barlett Sher, (who is no stranger to the classics, with recent revivals of South Pacific, The King & I, and My Fair Lady under his belt), and re-imagined by Sher's To Kill A Mockingbird collaborator Aaron Sorkin, this exciting new venture is sure to be a feast for the senses, taking us back to the mythical court of King Arthur where passions ignite in a fight for democracy and justice set to Lerner and Lowe's lushly evocative score.

First seen on Broadway in 1960 starring Julie Andrews and Richard Burton, Camelot, which is based on T.H White's novel The Once and Future King, has long been synonymous with the quest for democracy and the Kennedy White House era. So popular was it that the original cast soundtrack was the country's best-selling record for 60 weeks!

Enchanting generations since that Broadway debut in 1960, we follow Arthur as he marries the maiden Guenevere and introduces a code of honor and justice to his Knights, bringing peace to the Kingdom. But not everyone is as keen to adhere to his idealism. Divisions soon follow, and not just from outside the castle walls. Courage, fidelity, love, and goodness are to be tested, and it is up to Arthur to choose the kind of ruler he must be.

Seen Camelot? Loved it? Hated it?

Sound good to you? Share this page on social media and let your friends know about Camelot at Vivian Beaumont Theater.