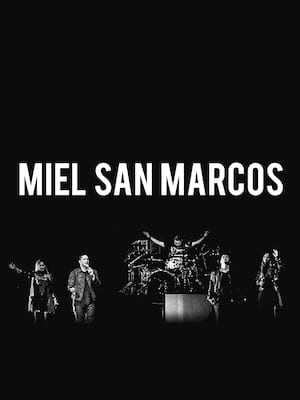 We want the ambiance of the worship experience and what God does in that moment to be engraved in this record and video. Any person can become part of this event knowing that the word of God is inviting us to unite and worship Him.

The Guatemalan Christian band head across the USA.

This Guatemalan praise and Christian band have won over audiences across the world with their wholesome good looks, clean living and of course, their passionate music. Formed in 2000, the three brothers Josh, Samy, and Luis Morales instantly won over Spanish-speaking audiences both in their native Latin America, and have since exploded in popularity to lead their own pop ministry. Their latest album Proezas was released in 2012, and featured guest artists Coalo Zamorano, Fernel Monroy, Tony Perez, plus more.

Make sure you don't miss the chance to see these Latin American Christians live!

Sound good to you? Share this page on social media and let your friends know about Miel San Marcos at United Palace Theater.