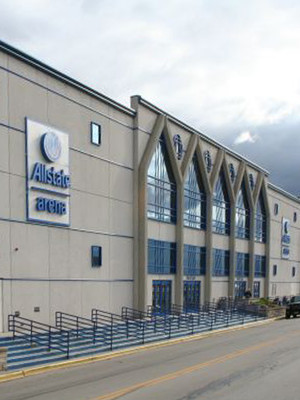 You can catch Fuerza Regida at All State Arena in Rosemont, showing Dec 2, 2022

Fuerza Regida is also touring to:

Combining Regional Mexican, Urban, Trap and more with East LA vibes, boundary-breaking Mexican-American foursome Fuerza Regida have been making waves since their 2015 formation and are now heading out on their first major arena tour. Titled 'Del Bar Barrio Hasta Aqui', catch these hotly tipped performers as they bring their A-game to a stage near you.

Hailing from San Bernadino, California, the group is comprised of tuba player Jose Garcia, Samuel requinto guitar playing Jaimez, vocalist Jesus Ortiz, and Khrystian Ramos on six-string guitar. While they have mostly been associated with the Regional Mexican and urban music genres, the band cites influences from Hijos de Barron to Metallica, with guitarist Ramos stating; "we don't want people to think that we play a specific type of genre. We want people to know that Fuerza Regida is capable of much more." Watch this space!

Sound good to you? Share this page on social media and let your friends know about Fuerza Regida at United Palace Theater.