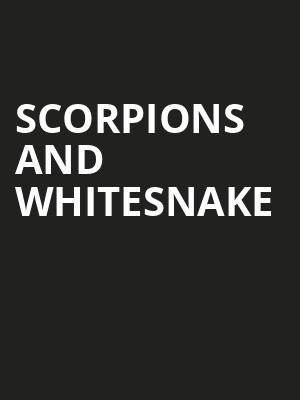 Photo by Filip Andrejevic on Unsplash

Once again it's time to feel the sting of the SCORPIONS and the bite of the WHITESNAKE!!! Can't Wait!!!

Why See Scorpions and Whitesnake?

It's time to dig out your best hard rock attitude with this awesome team-up from these two iconic behemoths of the genre! Hitting venues between summer and fall Scorpions will be leaving the lights of their Vegas residency behind to bring you their Rock Believer tour, with special guests Whitesnake who'll be taking to the road one last time on their Farewell tour!

Scorpions
There are few sounds in world music more impressive than Scorpions at the top of their game. The German Heavy Metal icons have been bursting eardrums and taking names since 1965, and possess one of the genre's most enviable back catalogs. One of continental Europe's best-selling groups, they really broke into the mainstream with two huge hit singles, 1984's 'Rock You Like A Hurricane,' and the post-Cold War anthem 'Winds of Change.'

Whitesnake
Formed by David Coverdale in the North of England in 1978, Whitesnake have never been afraid to change, whether their lineup or their sound. The 'Snakes have released, in their various incarnations, multi-platinum selling albums throughout the last 40 years and are famed for huge hits including 'Slide It In,' "Here I Go Again,' 'Still Of The Night,' 'Give Me All Your Love,' and 'Is This Love.'

Seen Scorpions and Whitesnake? Loved it? Hated it?

Sound good to you? Share this page on social media and let your friends know about Scorpions and Whitesnake at UBS Arena.