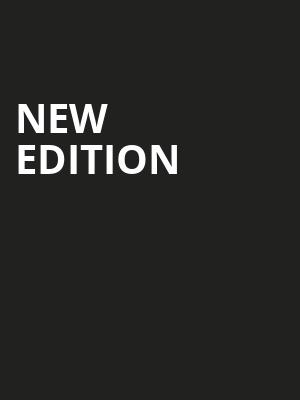 This veteran Boy Band led the way for all the rest!

There would never have been a New Kids on the Block or an N*Sync without New Edition - This veteran Boy Band were the Jackson 5 of the 1980s! Now grown men, the former teenage heartthrobs who sang Candy girl and Mr. Telephone are reunited and touring the USA. With an iconic lineup and support from Keith Sweat, Guy and Tank, don't miss the guys on 2023's Legacy Tour!

Billed as the new Jackson 5, the group of childhood friends from Boston burst onto the music scene in 1983 with the decidedly Jackson 5-esque Candy Girl, which rocketed straight to the top spot of the R&B singles chart. Only teenagers at the time of its release, the next thirty years would see the group clock up dozens of other hits singles (Mr. Telephone, If it isn't Love), as well as various solo projects, break-ups and reunions. They also signaled their transition from boys to men when they signed to Sean P. Diddy Comb's Bad Boy Records in 2002.

Sound good to you? Share this page on social media and let your friends know about New Edition at UBS Arena.