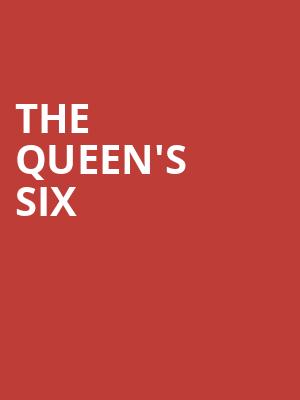 Photo by Kelly Sikkema on Unsplash

An evening of love with this internationally esteemed choir

Why See The Queen's Six?

From Windsor with Love

Not to be confused with a certain Six Queens playing across town, The Queen's Six head to The Town Hall for this Valentine's Day special, named for their first album of contemporary songs, From Windsor With Love. Based at the famous Windsor Castle, the beloved home of the late Elizabeth II, they make up part of the Lay Clerks of St George's Chapel and have sung for the Royal Family on numerous occasions, most memorably at the wedding of Prince Harry and Megan Markle and at Prince Phillip's funeral.

While their normal set list is rather austere, they are also known to delve into more upbeat themes such as Renaissance polyphony, lewd madrigals, haunting folk songs, and upbeat jazz and pop arrangements.

Sound good to you? Share this page on social media and let your friends know about The Queen's Six at Town Hall Theater.