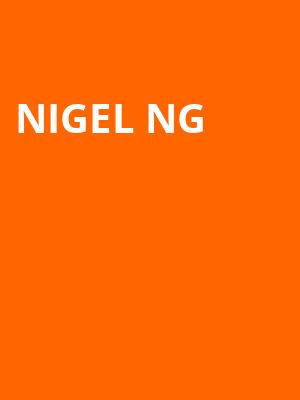 He almost had audience members rolling on the floor laughing, with several at least half out of their seats. This is observational humour at its best

After going viral in the summer of 2020 with his character 'Uncle Roger' comedian Nigel Ng is ready to step into the spotlight as he heads out on his first international trek, the 'Haiyaa World Tour'.

Originally hailing from Malaysia but now based in the UK, Ng has steadily been gaining views and follows since his debut on Comedy Central's Stand Up Central. With sold-out shows at the Edinburgh Fringe Festival and London's Soho Theatre and numerous TV appearances under his belt, he brings his observational genius to a stage near you. Get ready to laugh, a lot!

Sound good to you? Share this page on social media and let your friends know about Nigel Ng at Town Hall Theater.