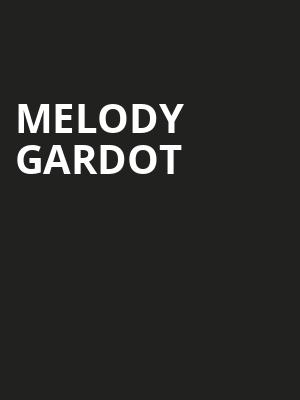 A triumph against personal tragedy.

The story of vocalist Melody Gardot is as remarkable as any who perseveres against personal tragedy. Born in New Jersey in 1985, she took up piano and played as a youngster on the nightclub scene of Philadelphia, influenced by jazz, folk, rock, and pop music. This year sees her heading out on tour in support of her latest release, Entre eux duex.

At age 19 she was a fashion student at the Community College of Philadelphia, however, on one fateful day while riding her bicycle, the driver of a Jeep made an illegal turn, careening into Gardot - and leaving her in the street for dead. While in her hospital bed, she wrote and recorded songs that would become the EP Some Lessons. Upon her eventual release from intensive care, Gardot found the strength and determination to further her career as an artist. Her music could be described as a cross between Laura Nyro, Joni Mitchell, Eva Cassidy, and Shania Twain. Don't miss the inspiring artist live!

Sound good to you? Share this page on social media and let your friends know about Melody Gardot at Town Hall Theater.