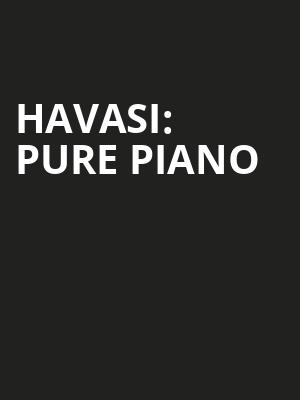 Blending the depth and discipline of classical tradition with the direct communicative power of today's music, Havasi's music moves and entertains audiences in equal measure.

Hungarian composer and virtuoso pianist Balazs Havasi is redefining classical music with a boldly futuristic vision. Showing prodigious talent on the piano from the tender age of four, the maestro later graduated from the prestigious Franz Liszt Academy of Music and his innovative approach to his instrument quickly made him a name to take note of in both the classical and contemporary worlds. Don't miss out when Havasi brings his critically acclaimed solo show to US shores.

Backed by a wall of digital visuals and a custom-designed light show, Havasi is set to perform a program of all original works that have already garnered much critical acclaim during concerts at Carnegie Hall, the Sydney Opera House and the Barbican in London. Fusing blistering fingerwork, jaw-dropping technique and a flair for the dramatic, his innovative approach and rock star persona are helping the music of symphonies reach new generations of listeners.

Sound good to you? Share this page on social media and let your friends know about Havasi: Pure Piano at Town Hall Theater.