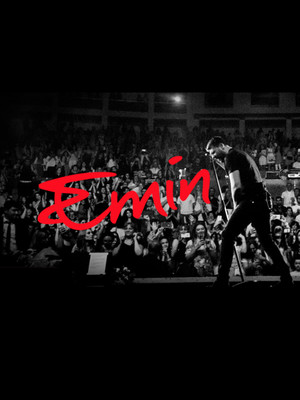 With his matinee idol looks, crisp suits and romantic vocals, Azerbaijani singer-songwriter Emin has expanded his global reach by recording in both English and Russian

Often hailed as Russia's answer to Enrique Iglesias, Azerbaijani-Russian pop sensation Emin has achieved international cross-over success thanks to a string of hit singles, from 2011 debut breakthrough Anytime You Fall to recent collaboration with Chic frontman Nile Rogers Boomerang. Taking a break from supporting the likes of Take That and Jennifer Lopez, the heartthrob hits US shores to play a special one-night-only show at NYC's historic Town Hall.

Career highlights include performances at the 2012 Eurovision Song Contest and the 2013 Miss Universe Pageant, as well as a Golden Gramophone (the equivalent of a Russian Grammy) win. When he's not charming legions of fans around the world with his old school showman persona and dashing good looks, Emin is a powerful force in business, positioning himself as the world's first bilingual pop star and businessman.

Sound good to you? Share this page on social media and let your friends know about Emin at Town Hall Theater.