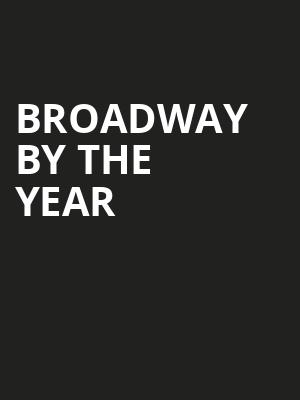 Broadway by the Year

Why See Broadway by the Year?

Broadway by the Year once again returns to the Town Hall in New York this year. A revue of musical theatre's greatest hits, 2022 sees creator Scott Siegel concentrating on a different decade every show. The critically acclaimed Broadway by the Year features Tony nominees and winners, along with a sprinkling of surprise guests.

June 27 - Almost on Broadway!
For the first time in its 21-year history, Broadway by the Year will shine a light on the shows that didn't quite make Broadway. Honoring the songs which were born Off-Broadway and the ones that played everywhere but Broadway. Listen out for Off-Broadway songs including Jacques Brel is Alive and Well Living in Paris, Beehiv and the Fantasticks, along with songs that never made Broadway including Zorro, The Witches of Eastwick and The Baker's Wife.

September 19 - A One Night Only History of Broadway Song & Dance
A celebration of tap, jazz, ballroom, ballet and more! From the tapping feet of 42nd Street to the brilliant choreography of In the Heights and Hamilton, explore the world of Broadway dance with a cast of talented Broadway singer-dancers.

Sound good to you? Share this page on social media and let your friends know about Broadway by the Year at Town Hall Theater.