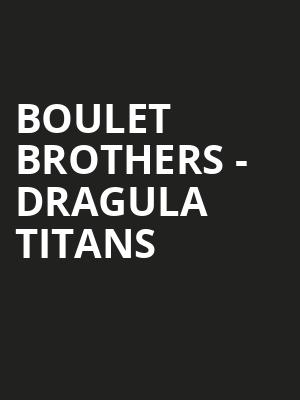 Photo by Antoine J. on Unsplash

The Dragula titans take to the road!

Catch the best of the best Dragula contestants as they bring the show to stage near you on this horrifying US tour! Forget Drag Race, the Boulet Brothers' Dragula is a celebration of all things horror, displayed in sickening drag looks and performances. With fan favorites from the 10 seasons returning to slay once more catch all the Titans stars on the road, including Victoria Black, HoSo Terra Toma, Koko Caine and more!

Centered around the four principles of underground drag, "Drag", "Filth", "Horror" and "Glamour" Dragula is a drag competition with an alternative bent, showing another side of the artform than other Drag shows.

Do say "I can't wait to see something different"
Don't say "Where's RuPaul?"

Sound good to you? Share this page on social media and let your friends know about Boulet Brothers - Dragula Titans at Town Hall Theater.