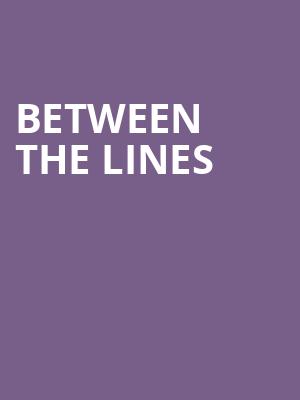 Why See Between The Lines?

A World Premiere from Jodi Piccoult

Co-written by constant New York Times bestseller Jodi Piccoult (My Sister's Keeper, The Pact) and her daughter Samantha Van Leer, Between The Lines marked duo's first foray into Young Adult fiction. Stepping from the page and onto the stage, the coming-of-age romance comes to life during a hotly anticipated New York premiere run at The Tony Kiser Theatre, thanks to a creative team including producer Daryl Roth, Newsies director Jeff Calhoun and Waitress choreographer Lorin Latarro.

The enchanting, musical story follows young heroine Delilah, who faces loneliness and disconnection when she moves to a new town and starts a new school. A bookworm who voraciously devours everything between two covers, she retreats into her favorite book entitled Between The Lines, a fairytale featuring the handsome Prince Oliver. Fantasy and fiction collide when she finds herself able to communicate with her prince and an unorthodox romance ensues.

My fourteen-year-old daughter and I waited for the doors to open. Looking... more

Sound good to you? Share this page on social media and let your friends know about Between The Lines at Tony Kiser Theatre.